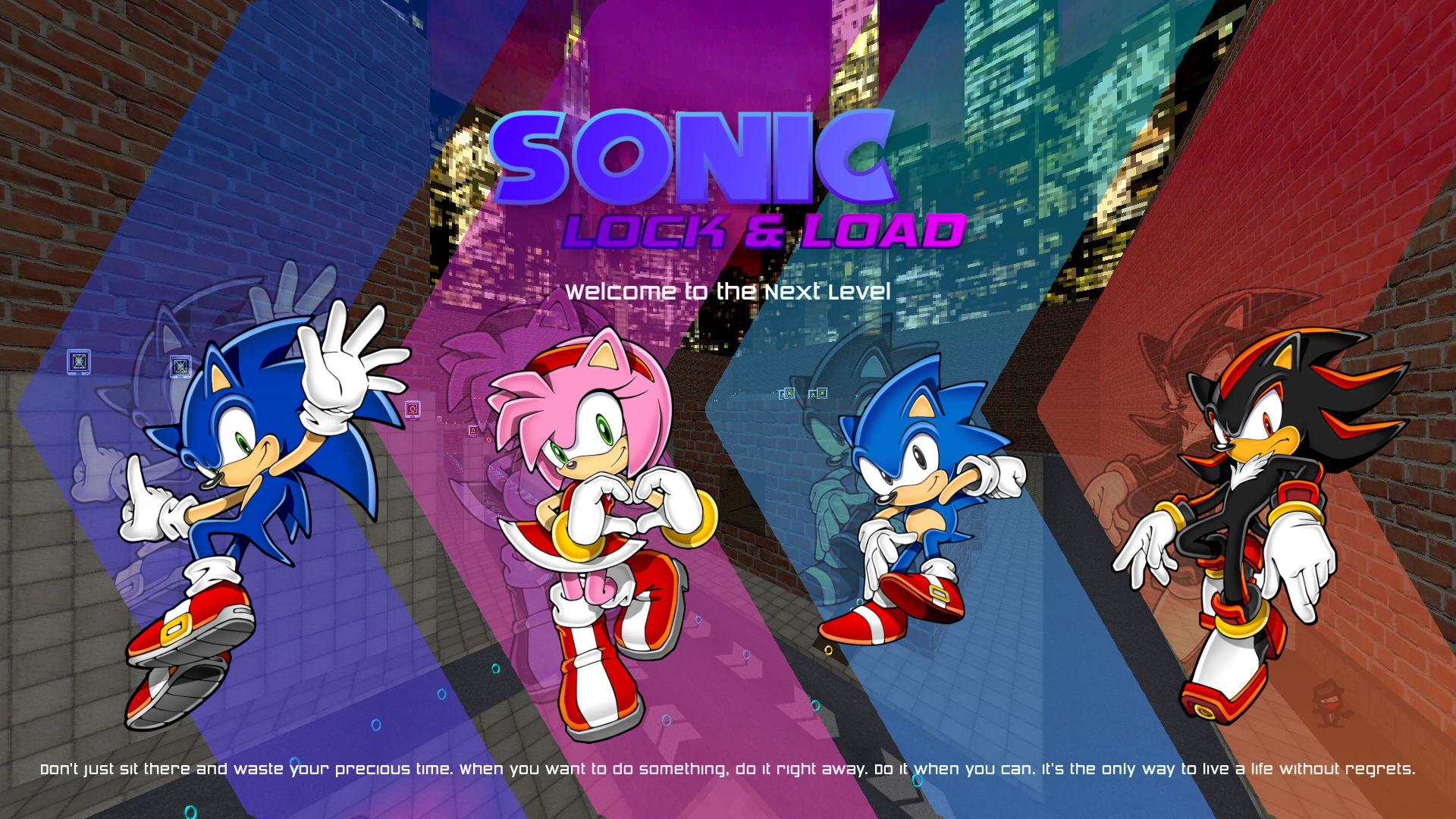 DOOM II IWAD required. You can buy DOOM II on Steam or use Freedoom: Phase 2.

Demo package is Windows only, refer to the installation instructions for Mac and Linux.

It's not really based on any kind of Sonic game in particular, instead taking inspiration from the entire franchise.

Sonic: Lock & Load is a project by Arsalan Kazmi, free software under the 3-clause BSD license.

Sonic: Lock & Load v1.4 is a major update, bringing new levels, new techniques, refinements to the changes made in 1.3.x and major changes to the gameplay and Sonic: Lock & Load's fundamentals.

How many times have I said "welcome to the next level" anyway?

Note: There's a lot more stuff than all this. I just don't want to list it all...

Sonic: Lock & Load v1.3.3 is a minor update, containing some changes to the game's fundamentals and balancing.

Sonic: Lock & Load v1.3 (which can be considered the real v1.1 but we won't get into that) adds an all-new Green Hill, a redesigned Station Square, new abilities and way more.

We're getting closer and closer to SRB3...

Well, what are you waiting for? Download it now and experience the next level! ... Whatever that means.

This is normally the part where the changelog would go, but it's massive, and I'm lazy, so... just go to the GitHub release page.

This is basically v1.0.1. Man, I wish I knew about proper semantic versioning when I released this...

It's been a long, rough road, but we're finally here.
The long-awaited first release for Sonic: Lock & Load, the Chaos Update, is finally out!
So without further ado... Welcome to the next level.

The Chaos Update is a turning point for Sonic: Lock & Load, becoming more than a simple DOOM mod some bored guy threw together after watching Peter Knetter videos.

Oh boy! The Rose Update! This is probably the greatest addition to the mod in ages.

This update marks the project's name change from 'Sonic the Hedgehog in DOOM' to 'Sonic: Lock & Load'.

Sonic the Hedgehog in DOOM's Ascension Update grants Sonic a revamped Boost that lets him ascend! (hence the title)

This release has more DOOM II support over the previous release.

This is the first in-development release of Sonic the Hedgehog in DOOM.